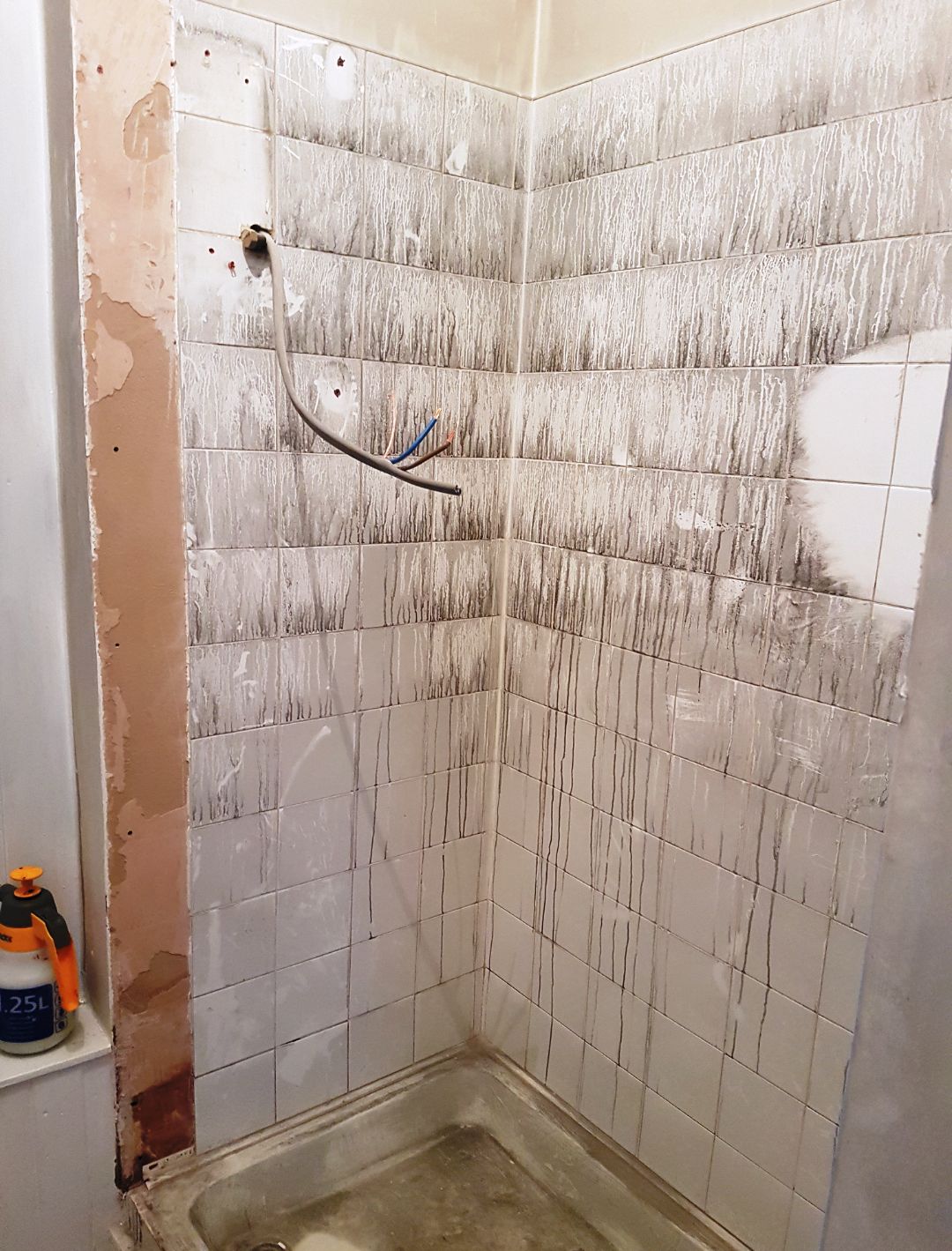 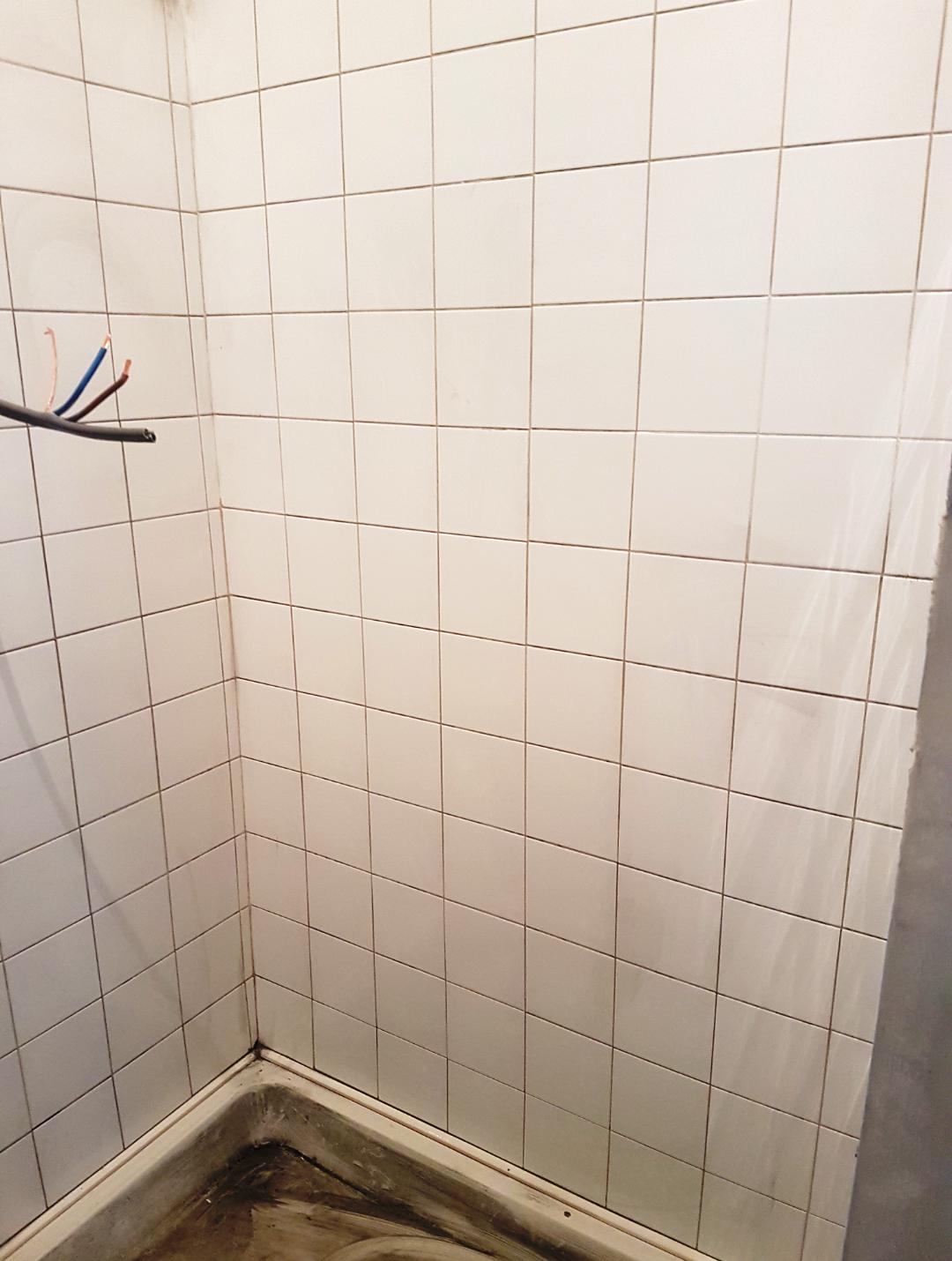 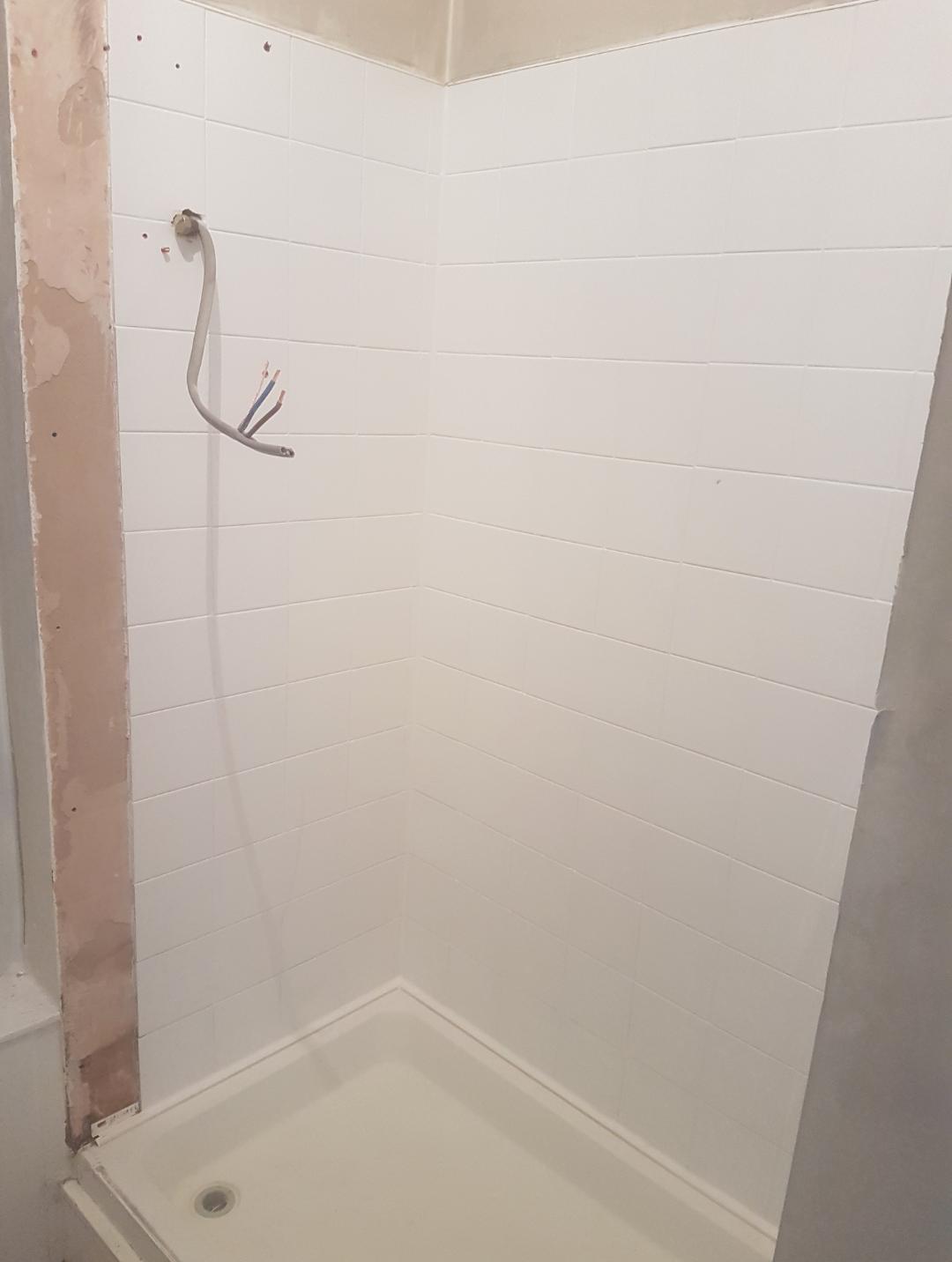 This shower cubicle was installed in the main bathroom of a house in Bishopton where the grout had become quite grubby and the Ceramic tiles were looking quite dull. The owner was thinking about re-tiling the bathroom and thought they would give us a call first to see if we could refresh the look without the expense.

We started by spraying the tiles with Tile Doctor Oxy-Pro which is a strong high-alkaline cleaner especially formulated and packaged for cleaning showers. The spray delivery is important as mixing the cleaning product with air makes it lighter and helps it cling to the tile and grout. The Oxy-Pro was left to soak into the tiles for around 15 minutes before being scrubbed into the tile and grout using a stiff grout brush. This action cleaned up the grout and tile nicely removing stains from shampoos and soaps etc.

The grout was looking much improved but there was however some evidence of mould remaining which needed dealing with. To tackle this we used Tile Doctor Mould Away which is designed to remove mould off Silicone and Grout. It’s very easy to use, you simply spray the Silicone or Grout to be treated with Mould Away then leave to soak in for five minutes and then scrub with a brush and rinse with water repeating the process until the mould has disappeared.

It took a fair amount of manual effort but the results were well worth it as you can see. 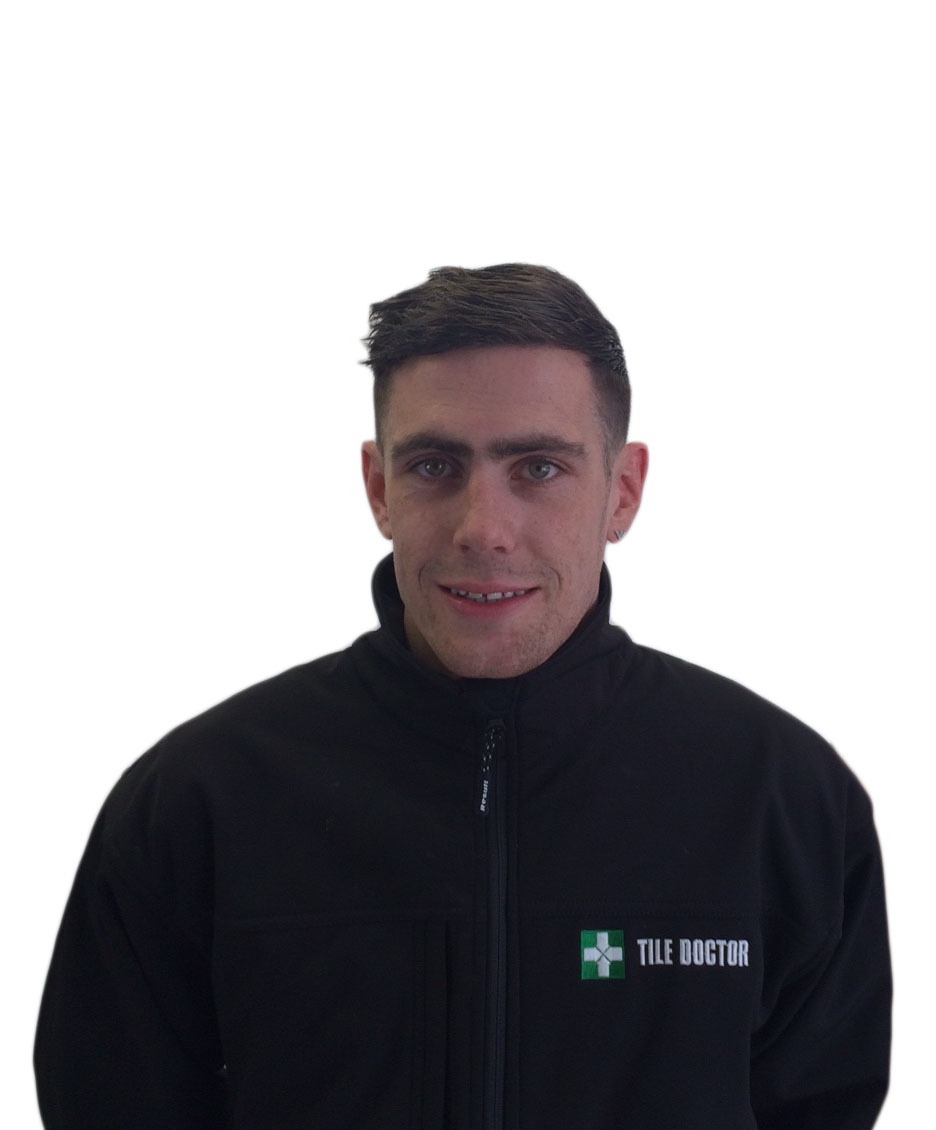 Winner of the Tile Doctor of the Year Award 2015

Steven is a lovely young man and explained what he was going to do and the probable outcome which was spot on.
Christine A, Milngavie

Steven and Thomas nice guys, really pleased how the tiles have come up and glad I got the job done.
Julie M, Glasgow

Tile Doctor did a superb job of restoring tiles that had been poorly fitted and were covered in grout. They also removed and replaced the silicone sealant around the shower tray and recoloured the grouting. Delighted with the work done and happy to recommend.
Carol V, Glasgow

I am delighted with the results of Steven’s work. He was polite, professional and worked hard. The tiles and grouting look like new.
Lucy C, Glasgow

A very professional service from start to finish and a better than expected result. What Steven and Thomas were able to do in terms of colour matching and finish was really exceptional. Both of they were a pleasure to have about the house.
Declan , Edinburgh

Thomas was great. Arrived at allotted time, did a great job and very tidy . We’ve had him before and woukd have no hesitation having him back in the future. Polite and courteous , obviousjy takes a pride in his work . Many thanks Evelyn Millar
Evelyn M, Ayr

The Victorian tiles were at the point of no return.Based on the advice of the Tile Doctor we went ahead with the renovation.We are delighted with the results.Steven was totally reliable and at pains to produce an excellent result
Linda M, Johnstone

Steven did a great job with the dirty grout in my kitchen. The kitchen floor now looks like new again. He was clean, tidy and polite.
Craig P, West Kilbride